Discover the hidden secrets of the eternal city

What makes a legendary city? It is more than its buildings and roads. A great city such as Rome is built by fascinating people whose stories seep from every palazzo and cobbled street.

Once you’ve discovered the highlights of Rome – the Colosseum, Trevi Fountain and Vatican Museums – it’s time to delve deeper to uncover the characters and people that transformed the Eternal City into one of the most important places on the planet.

Whether this is your first trip to Rome, or your tenth, join us to fall under the magic of one of the greatest cities in the world and leave bewitched with the untold tales that stitch the very fibre of Rome together . 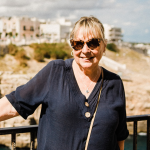 Magical! Beautiful! I’m a bit of a dreamer and I just got lost there last night. Lost in this beauty.. Magnificent! I just loved it – view video 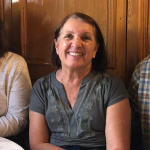 We have been to Italy several times, but never like this. It has been a wonderful experience – view video 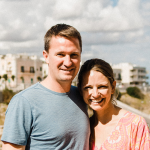 Aside from every little surprise around every corner, I’ll remember Cosimo and the genuine excitement and pride that come out of him and his storytelling – view video

We have strived to make our luxury Rome tour as all inclusive as possible with no hidden surprises. Included in your tour are: The Eternal City greets you with an extraordinary energy fuelled by a thousand tales seeping from its ancient walls, Renaissance treasures and Baroque masterpieces.

Check in to an oasis of calm at our historic luxury hotel housed in a former monastery. This exclusive resort is a hidden gem tucked away in a peaceful nook of timeless Rome.

Once you are settled in, meet with the rest of your group and your host before we set off to explore the incredible palazzo of an influential Roman family.

We’ll hear tales of glory and intrigue that bring this resplendent palace to life as we wander through its grand rooms admiring art from Caravaggio, Bernini, Raffaello and more. Once home to princes and princesses, if only these walls could talk!

With heads spinning from the fascinating tales of iconic artists and the family who still reside in the palace today, we head to a unique aperitivo within the palazzo. Sip on cocktails inspired by the stories we’ve uncovered and get to know our group in style.

This evening we are off for an unforgettable modern Roman dinner in one of the city’s best restaurants. We’ll sample eight different wines with our dedicated sommelier throughout our tasting menu as we continue to learn about this one-of-a-kind city through our tastebuds. After a delicious breakfast, we’ll enjoy a walk through some of the most important locations in centro storico as our expert guide brings tales of Ancient Rome to life.

Was Empress Livia really a murderous villainess? Or was the truth more nuanced than that? Was Nero as evil as we’ve been led to believe? And was Augustus really Rome’s greatest Emperor? These are just some of the intriguing questions we’ll ponder together.

They say to always look up when you’re wandering through Italy, and today we’re taking you there for lunch. Relax with a delicious spread high up above as we get a fascinating view of the contrasts between ancient and modern architecture.

Next, it’s time to roll our sleeves up for a tactile experience. Together we will learn how people communicated through an ancient medium to share their stories and histories. Craft your own unique souvenir and tell your very own Roman story this afternoon.

You have a few hours free time to relax at our hotel or continue your Roman adventures on your own. This evening, we head to one of the most local Roman neighbourhoods for a gastronomic adventure.

Built quite literally atop a mountain of amphore, this was where Roman butchers and workers once lived. Tonight we dine at a historic restaurant where you can choose to try one of the classic pasta dishes of the city; cacio e pepe, gricia, carbonara, pajata and amatriciana! Our final hours in timeless Rome are full of mystery and wonder. This morning, we set off to wander the cobblestone streets of one of the most romantic quartiere. It’s one of the prettiest neighbourhoods in the city, complete with draping ivy, and ochre colored buildings. You often feel like you’re in a film set here.

We meet our expert guide for a walk through the charming streets, chatting with locals and lively artisans who live here, and learning about those who made it their home once upon a time.

Today’s farewell meal takes inspiration from Rome’s Renaissance masters. Modelled on a typical feast, we go on a culinary journey through time and space together. Relax and enjoy dishes that revive the aromas, scents, flavours and colors of Roman cuisine from a bygone era paired with matching wines.

With bellies and hearts full, we say our farewells to beautiful Roma, a city that enchants and inspires, delights and frustrates, but always leaves you dreaming of her. 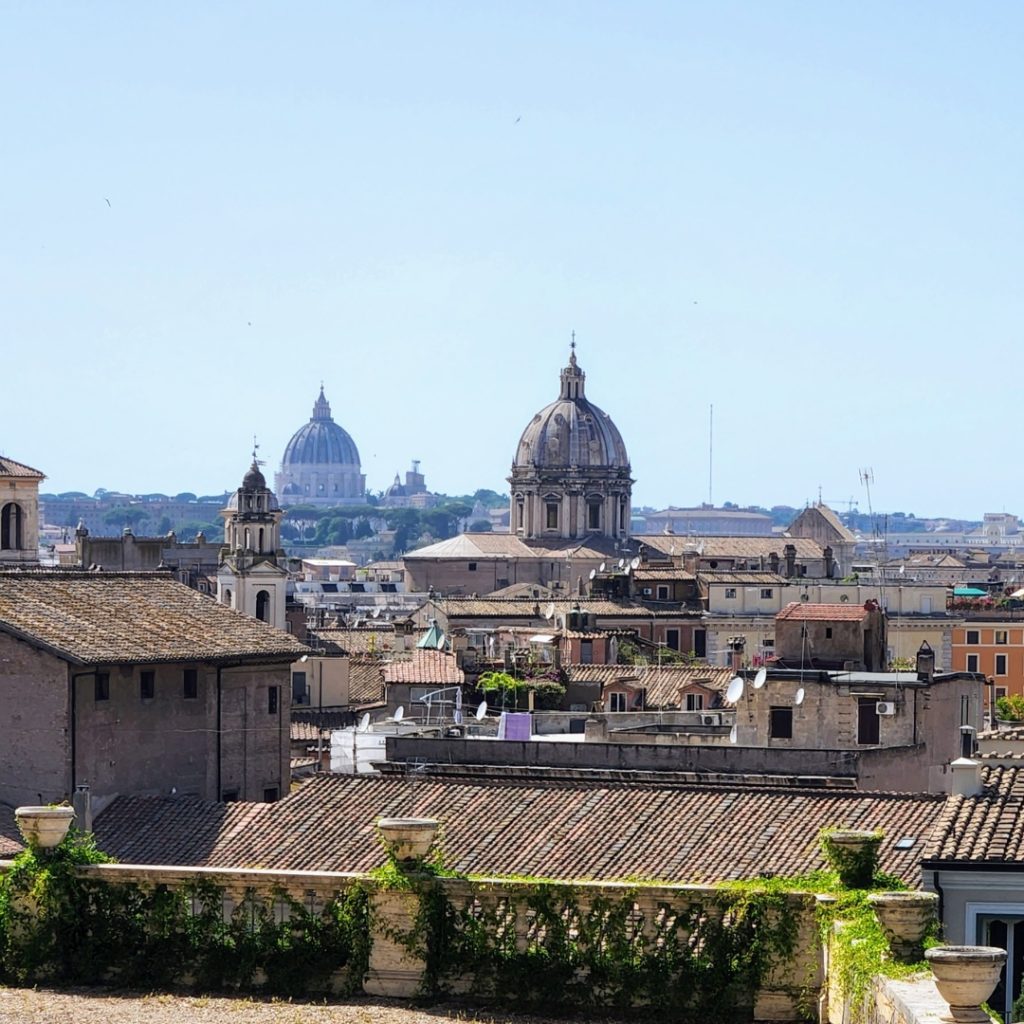 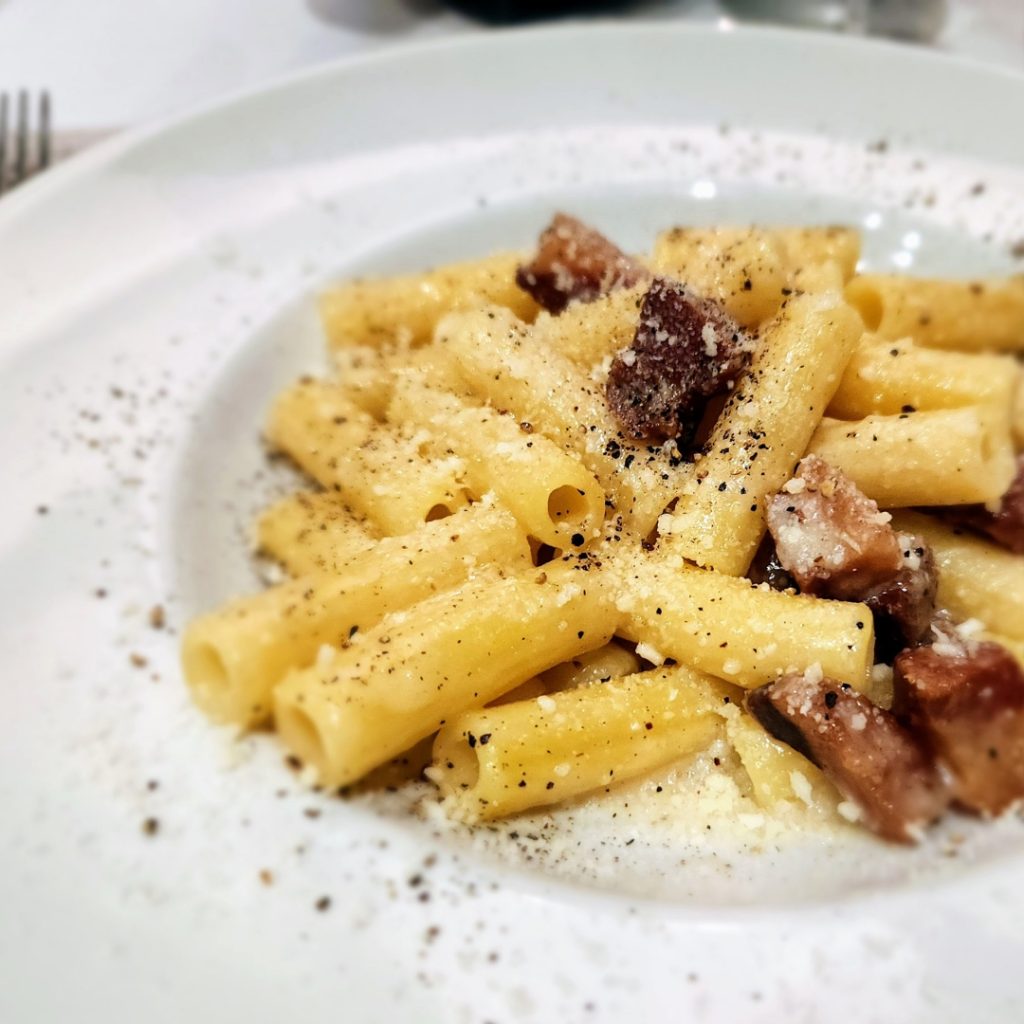 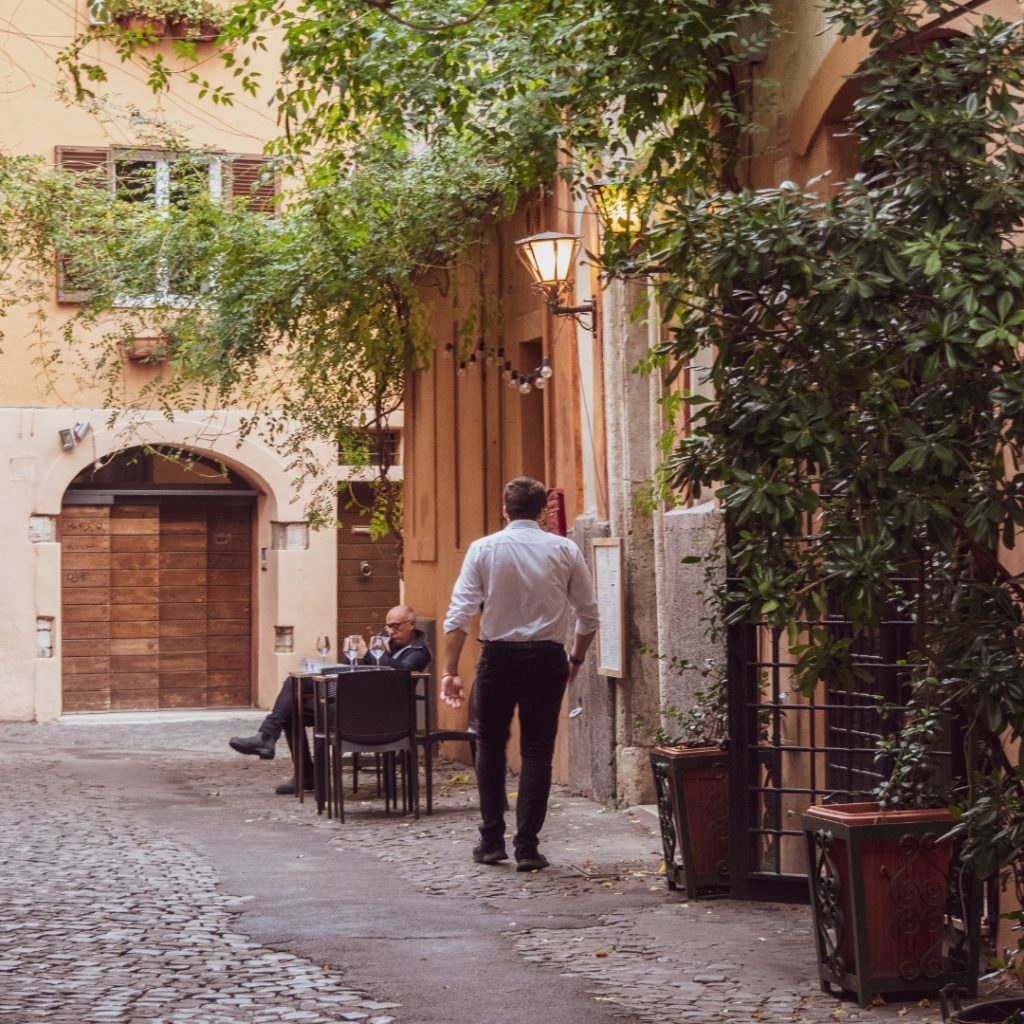 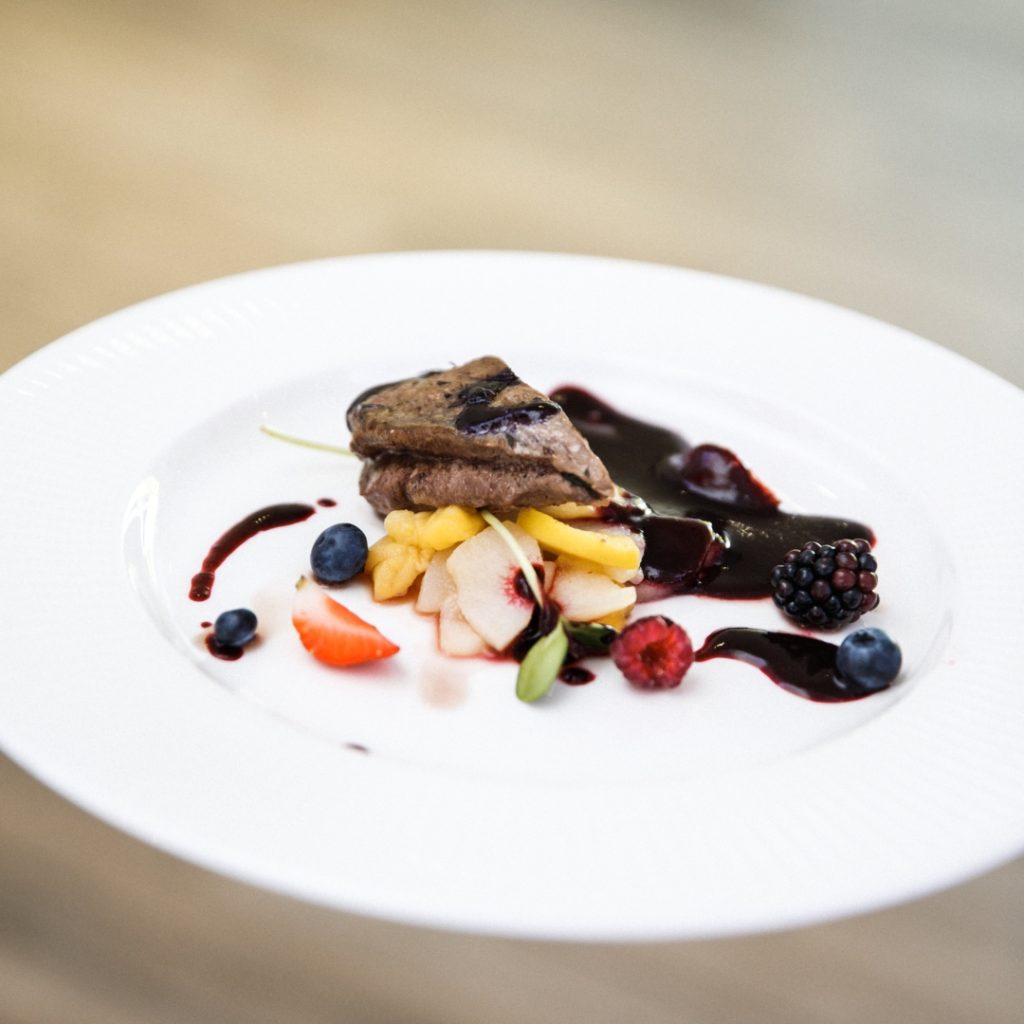 Our home base in Rome is a gorgeous converted Baroque era monastery in the city’s Trastevere district, From our vantage point here on Janiculum Hill we have Rome in all its glory laid out before us.

The tour begins at 3pm on day one when you can check into our hotel in Rome. Our activities conclude at our hotel on day three,

Inquire if you would like to add additional nights to your stay. 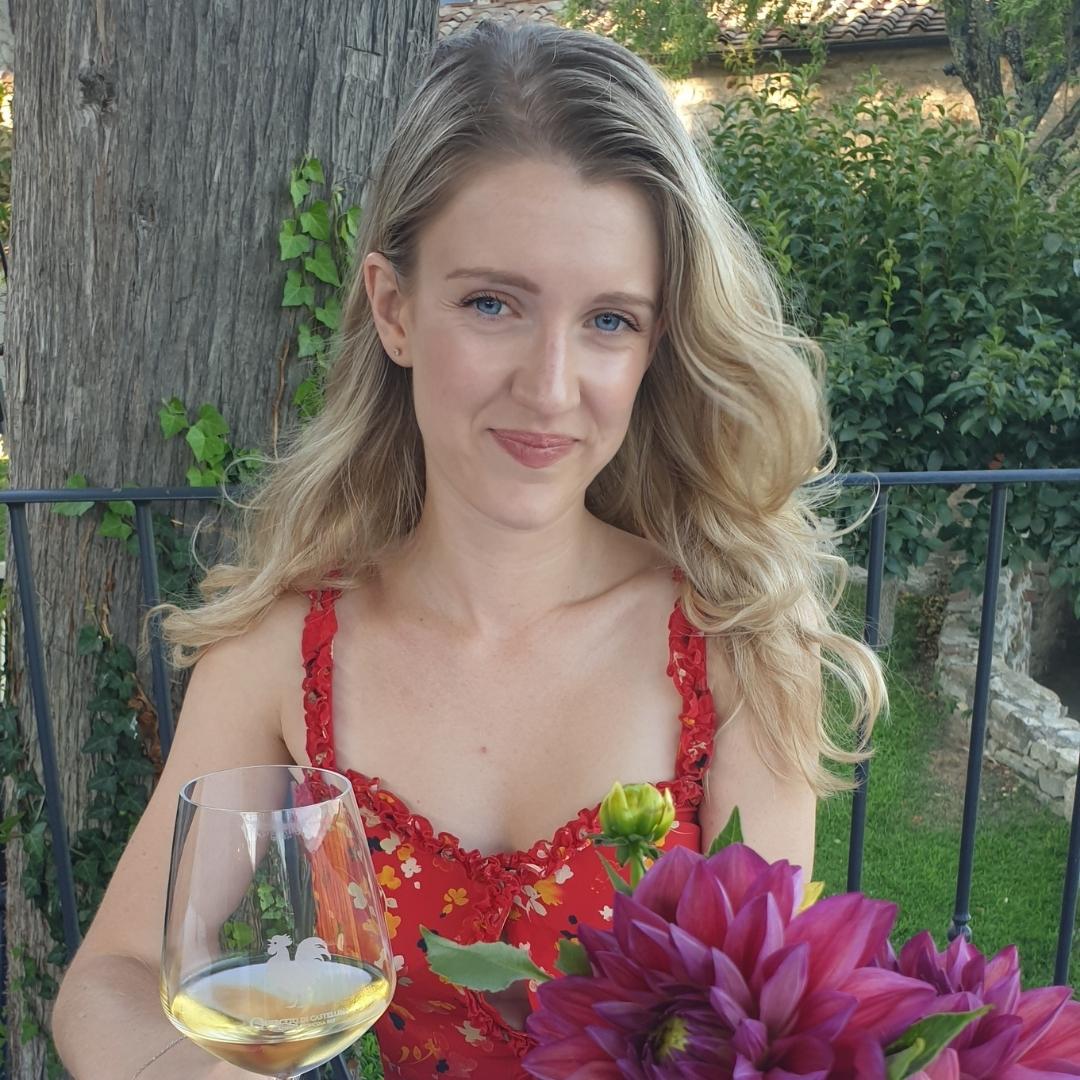 Olivia is an Australian woman living in Piedmont, with a passion for the land of la dolce vita, cooking and wine. Her super powers include finding the most charming villages and delectable cheeses.

Everyone knows something about Rome. From the Colosseum, Vatican Museums, Pantheon and Trevi Fountain, the city is full to the brim with iconic monuments and world famous sights.

But, if you’re curious, spend a little more time exploring the city’s hidden wonders for an eye-opening perspective into one of the world’s most important cities. Off the beaten path in the Eternal City A guide to the city’s cascading public art